First, congrats to me for this being my 100thblog post. Thanks! It took me a few weeks to crank out a post because I was holding out hoping that my 100thpost would be a pregnancy announcement. Unfortunately I’m not with child – yet – but too much time has passed from my last post to where it’s getting weird. 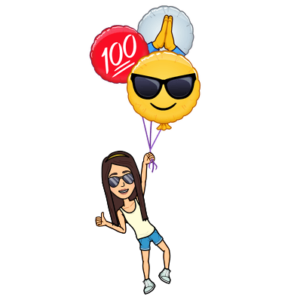 I had a few ideas in mind for what this post was going to be, and as I normally do, I was scrolling down my Facebook feed for some inspiration. After about the fifth shit show post on LA Mommies, including one (posting anonymously of course!) asking the 53,053 members if she should let her husband bang other chicks because she doesn’t want to bang him right now – I knew I had to write about this world of Mommy Groups on Facebook. Meanwhile a few days ago I read via one of my Doula Facebook groups that there’s a wacky movement called “Free Birthing” and that there’s a whole group of women actively discouraging members from seeking professional medical help while pregnant. And do not get me started on Sanctimommies, who can’t help but punctuate every comment with the word “cunt”. I’m serious, if you haven’t heard of them, go look them up on Facebook they’re a horrid bunch and use the C U Next Tuesday word too much for me. I left that group btw, too much aggression and craziness for me.

Anyway, I noticed I kept encountering the same types of moms in these groups and once I see a pattern, I latch on and BLOG baby! If you’re a member of any “mommy” groups on Facebook, you’ve likely encountered the following people:

1) The Regular. You probably have never met her in person, but because she posts sometimes twice or three times a day, you feel like you know more about her than you should. Posts of hers include requests for others to join in on a “game” like post a pic of your kid eating today and I’ll post mine too! Never reply to her. Never. She will blow up your comments as if she really does know you. And then she’ll friend request you despite never having met you.

2) The HypERchondriac.Easy to spot, constantly posting pics of her kids Hand Food and Mouth Disease rash asking if the fellow moms think she should take her kid to the doc. Posts pic of a kid with a nail in his hand asking if she should take him to the ER. Lady, drop the camera and start driving to the doc! 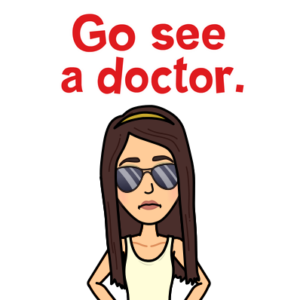 Also, don’t comment on her post either, you’re just encouraging that nonsense! A slight subset of this type are the moms who post pics of pregnancy pee tests being like “Am I pregnant”. C’mon lady, there’s either a line or there’s not and regardless you gotta go to the doc to confirm it, random moms weighing in won’t confirm it!

3) The Sales Consultant. This Mom will always comment under any post “PM me, I have an oil for that”. Or, use my Detox Tea to lose that baby weight, that’s how I did it (pro tip, detox tea = gives you diarrhea so basically this mom sells diarrhea tea).

5) Meme Mom.She will flood your newsfeed with posts ending in “Share if U agree”. She is the most likely to use words like “U” instead of “you”, “2” instead of “to or too”. A full 85% of her content is random videos that literally no one has ever seen or would even know how to find and yet she finds them and shares them on the reg. 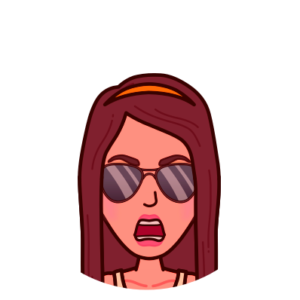 6) Angry Mom. Back in the day she would’ve ended every experience declaring “I am going to write them a letter”. Today she’s the one with a million negative Yelp reviews, posts complaints about establishments on the group pages and angrily Tweets at brands. We’ve all been her at random times, but she exists in this unsatisfied state and wants you to know about it.

7) Brag Mom.This mom tries to humble brag her kids accomplishments by framing her posts as a question to get other moms to comment about how great her kid is. Examples include a pic of a baby writing his name in crayon and the mom posting a video of it, asking the audience if she should purchase a new rug. And then she obsessively checks the comments to receive her compliments on her genius in real time.  If you scroll over to her page she is likely to have a lot of selfies edited with FaceTune.

8) Know It All Mom.She rarely initiates a post, but she LIVES for the comments. She’s always right, has the articles to prove it already copied for speed pasting, and will get the last word. Does not like to be disagreed with, so for your sanity resist the urge to keep commenting. She will always comment last.

9) Boy Moms. You can always tell a mom is a boy mom even before she tells you because her posts are often cries for help regarding cleaning “there’s pee all over my kitchen floor, best way to clean urine off of wood?” or “I have a whole in my wall thanks to a home made wrestling ring”. I always scratch my head when I read these wondering what craziness it must be to be a boy mom. I imagine these moms IRL constantly chasing their kids with a roll of Bounty.

10) Your Friends.Doesn’t matter what your friend IRL posts you’re going to “like” it to show loyalty. Who cares that she shared the dumbest cat video ever (SIKE, there are NO dumb cat videos), or that she shared 600 photos 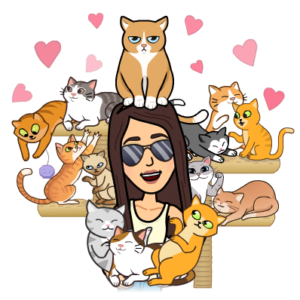 individually, you’re going to “LIKE” that shit because she’s your friend and that is what friends do. If you don’t pity like her bad selfie are you even her friend? Trick question you’re not, a real friend picks up the phone and says “Felicia I can see food in your teeth in that pic”. Or at least text that.

I think I’ve covered it! What groups are you guys in, how do you stay connected with friends and how do you interact with your larger community online? Also, seriously check out those Sanctimommies if you’re not thin skinned, that was the craziest group I have ever witnessed and ultimately left because it was not in step with really anything I believe in. Also, what groups are you in that you think I should join?