Not So Cool: TANTRUMS

Taking this parenting / Mommy & Me class that I take every week has been nothing short of a life saver.  All I can say is thank God I take that class every week to learn some battle field skills for this war that is toddler parenting. I literally need a script sometimes when the tantrum is extended or ya know, in public! Those are the worst.  Lucky for you guys I take good notes in subjects I’m worried about and so here’s what I’ve learned for us.

You’re either nodding your head because you’ve seen one or you’ve experienced one but it goes down as follows epic toddler tantrums look a little like this:

Your kid is screaming, (which also, does anyone else get a physical sensation themselves when their kid is hollering? I get all tense and my shoulders hike up) – she’s screaming and causing a scene, you’re all tense and all eyes are on you. The cashier is groaning and rolling his eyes. The people in line are giving you the “shut your kid up” look. And then there’s your hairbowed demon on the floor thrashing and demanding chocolate and this close to smacking her head on the display. Screw you grocery store, this is your fault. You put the chocolate at toddler height in the check out line where she’s trapped and can pretty much only see one thing: a thing she can’t have. Woof, I just tensed typing that. 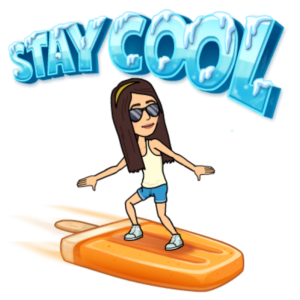 That’s bad enough. But you also have to have a reaction. And you kinda want to have the “right” one. In the class I take every week, our teacher practices Mindful Parenting, and teaches us her personal blend of the Reggio method, RIE (pronounced wry) and her own theories as she is a family therapist and actually ten million other things. The goal of mindful parenting, and my personal reason for liking this philosophy is to raise kids who are aware of other people and who are emotionally in tune with themselves and hopefully us the parents. What that means is and what that looks like is a lot of consideration before reacting to a situation instinctually doing something just because that’s how your parents handled it.

For starters this method believes that there are two types of tantrum: limit testing and distress. Limit testing looks like the tantrum that follows when you say no to something and they bug out because they can’t have it. Distress is the tantrum that can be a result of over-tired, hangry or extreme frustration at trying to do something.

Back in the day a popular method of calming a tantrum was to walk away from the kid. Kid screams about chocolate and mom ignores kid and even increases her distance from the kid. Now that they have been able to study the effects of that, what they have learned is that teaches the child that their emotional needs are not important and that we care only for how their behavior looks. The reality is the child might stop the tantrum out of fear of losing the parent’s affection, but the frustration and the unfairness of being trapped inches from a treat is still there and situations like that will keep coming up and the child has no skills to soothe. Also avoiding treats that are off limits is hard for an adult! Let alone a non-verbal toddler.

In the class I take, we’re taught to bend down and get equal level with the child (not lording over them in an intimidating way) and look at what is so frustrating. Chances are there is a frustrating situation afoot. Identify it yourself and then narrate it out to the child. “Oh man I see that they put the chocolate there right where I’m asking you to stand so still! That’s so frustrating, I would be so frustrated too. It’s hard to look at something we can’t have.” And then you pivot. You redirect the child who now has learned a few words and now learned what that feeling is, that’s called frustrated. And you say or pick up the child to bring them towards your groceries and ask them to point or name the items in the cart. Now what you basically did there is you empathetically coached them through their feelings while connecting with them emotionally to communicate support and love instead of distance. This is still DISCIPLINE. This is just not your parent’s discipline. And again, just because you said no chocolate and you didn’t give your kid chocolate, it doesn’t make them a bad kid for being upset about it. They’re allowed to be upset.

Mid post disclaimer: I have excellent attendance in this class, I read the books and go to all the extra stuff you can do, I DO NOT ALWAYS HANDLE THIS RIGHT ALL THE TIME. It’s super hard. SUPER hard. You have to be so aware in the moment and you have to (or at least I have to) count out the steps, pause and then react. Sometimes in the field you can react wrong. You can turn and snap “LOCK IT UP MICKEY”. Catch yourself. You can course correct. That was a powerful thing I learned in class.

You can always course correct. If you snap, when you catch yourself get composed and say “Mommy just reacted the wrong way because she felt overwhelmed and frustrated because she wants to help and doesn’t know how to help. I love you and I’m so sorry I reacted that way, can you show me what you need, I am sorry for yelling”. This obviously sucks because their tantrum caused you to have one, but we’re imperfect and tantrums are overwhelming for the parent too. But you have to model for them what an apology looks like and what remorse and redemption look like. Deep breathe, proudly apologize and take a family pivot to Lesson Town. Use it as a teachable moment and come out of the stress more connected and stronger together.

Distress tantrums are different. Some might describe these as more spontaneous – appearing out of thin air. Tina Payne Bryson, PhD is one of the authors of The Whole Brain Child, which teaches mindful parenting. She describes the other type of tantrum in this way:

“When they are in these states of mind, having these downstairs tantrums, they really are not in control. They can’t make a choice anymore, even if you give them what they want, they will continue to lose it. In these moments, what they need most from us is comfort. Now, of course, we are not going to let them knock things off shelves or hurt other people. We may have to hold them and say, “You are not in control right now and I need to help you until you have more control.” In these moments, they need us to calm them down by giving lots of comfort. If we were to ignore them in these states, it would be like ignoring them when they are physically hurt. When they are in emotional distress, what they need is comfort and care.”

What did you just read?! This chick says to love them through their freak out?? I mean I do take a class and have read a few books on the theory so I can say I believe in it – but like yeah that’s the advice. Love ‘em hard. To me it makes sense to try to approach situations by attempting to see things through the toddler’s point of view. That totally makes sense. What’s hard is keeping yourself regulated enough to model the right behavior when you kinda want to just scream out yourself. The last but very important part of this theory of discipline is this: it’s very hard to tell a child not to do something if you’re doing it yourself – so if you’re asking the child to stop yelling, don’t model yelling for them by yelling over them to be quiet. Or smack them to tell them not to hit. Show the preferred response in your response and connect with their emotions. Are’t you guys so glad I’m taking this class for us? How were we supposed to know this stuff!